View from the Street 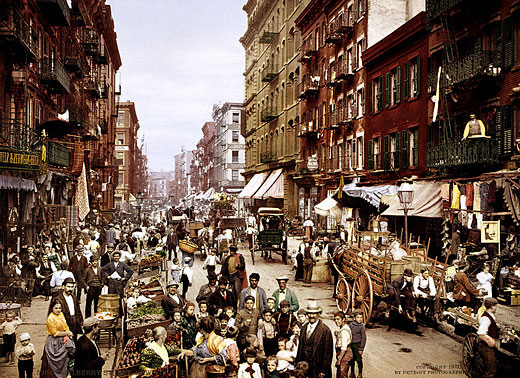 Many  T²M members are scholars who are encouraged to publish their work in academic journals. But we are, of course, people too. And we study transportation because we are fascinated with it on many levels. “View from the street” is a recurring newsletter column where  T²M members get a chance to reflect more personally on transportation and mobility related issues.

View from the (Frozen) Street

In the UK – or at least, my small corner of it – Christmas and New Year came and went without so much as a hint of snow.  Nothing unusual there – but always (secretly) a bit disappointing; I’m sure it snowed every Christmas when I was a child.  So it was very pleasing when it finally did snow, in February.  It was reported internationally (with some bemusement, head-shaking and ridicule) that the UK had ground to a halt.  And there was some truth in that: on the first day of heavy snow it is estimated that one-fifth of the workforce followed police advice when asking themselves whether their journey was really necessary, and so stayed at home.

This is reported to have cost the (fast declining) national economy £2bn in lost revenue.  Buses and train services were cancelled, the London Underground largely stopped, airports closed, and motorways and major roads were blocked. Ironically, I had to travel in to Reading more often than usual in the week of the heavy snow – but I experienced no problems with my journeys (each involving two bike trips and a train ride).  I’m quite sure it was worse elsewhere, but perhaps because I wasn’t very affected by all of the inconvenience that the snow brought, I had the luxury of thinking about the place of mobility in the collective life of the nation.  Suddenly people weren’t able to move about as they were used to: private motorised transport, usually unassailable, succumbed, as frozen roads made driving treacherous.  And even walking was difficult.  As a result many people simply stopped moving.  We were fortunate in that we knew that it was only going to be for short while, so it was manageable and we didn’t have to confront what enforced immobility might truly mean. As a nation, our responses to the snow provoked international comment and comparisons, usually to the detriment of the UK.  It seems that virtually all of the rest of Europe and North America couldn’t quite understand how so little snow could cause so much disruption.

However, as some of the more even-handed commentators on UK television pointed out, it really was quite simple: we could either spend the money investing in the transport infrastructure and organisation and be prepared for ‘snow events’ like this that happen every 20 years, or be prepared to live with periodic disruption to our travel plans but lower tax bills. Now that the snow is gone and we’ve returned to the weather more typical of the time of year – a kind of wet greyness, with a hint of sun every so often to remind us that it exists – we’ve also returned to our usual patterns of travel and day-to-day life.  As with the floods in 2007, as soon as things are back to normal, people all-too-easily forget the immediate past and assume that it won’t happen again.  This is very convenient, in the short term – it means that we can continue to use the mobility systems we have constructed without coherent planning and with very little forethought.  Every time something like this happens, in the struggle to deal with everyday concerns we miss the wider implications and the opportunity to question whether all mobility is good mobility.