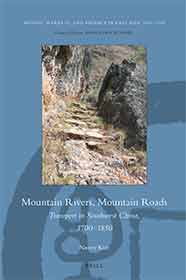 The commercialized economy of late imperial China depended on efficient transport, yet transport technologies, transport economics as well as its role in local societies and in interdependencies of environments and human activities are acutely under-researched. Nanny Kim analyses two transports systems into the Southwest of Qing China through the long eighteenth century and up to the mid-nineteenth century civil wars. The case studies explore shipping on the Upper Changjiang in Sichuan and through the Three Gorges into Hubei, and road transport out of the Sichuan Basin across northeastern Yunnan and northwestern Guizhou into central Yunnan. Specific and concrete investigations of a river that presented extreme dangers to navigation and carriage across the crunch zone of the Himalayan Plateau provides a basis for a systematic reconstruction of transport outside the lowland centres and their convenient networks of water transport.