A View from the Street

Growth of mobility in Dalian, China

I live in Dalian, the second-largest city in Northeast China’s Liaoning Province, a city which may not have previously registered with you the reader, but which was recently identified as being a future dynamic city of the coming ‘urban revolution’. Foreign Policy Magazine in partnership with the McKinsey Global Institute placed the city thirty fifth in the world (of more than 2,650); beating more recognizable and historic cities such as Chicago, Sydney and Delhi in terms of  contribution to the global economy and growth. You may also have seen the city mentioned with connection with Bo Xilai (the former major of Dalian), its proximity to North Korea, its claim as the site for China’s first Expressway (Shenyang–Dalian), the largest square in Asia, the setting of the ‘Summer Davos,’ and home to China’s first aircraft carrier, the Liaoning, at its busy sea-port. 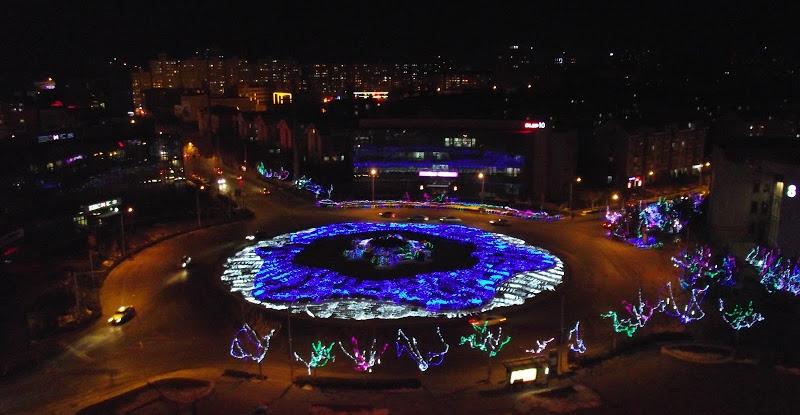 As a mobilities scholar attentive to mobility, flux, movement, flow, travel, and other relational transactions in space-time such as tourism, the one kilometre or fifteen minute walk from my apartment to my university office enables me to interact with elements of the cities 150 bus routes, its BRT and its tram-light rail systems but also reflect more personally on transportation and mobility related issues in Dalian. While much has been written about China’s socio-spatial inequalities; rural-urban migration and the growth inbound-outbound tourism, research is often not fully cognizant of the particularities of China’s social, political, cultural, economic, and institutional context.  As an eastern seaboard city, Dalian is growing rapidly with continuous double-digit increases in GDP and with a growing population of approximately 6.7 million people, it is facilitating infrastructure systematic of urbanization. Recent stories have concerned the introduction of new intelligent transportation system (ITS), updates on e-car battery charging stations, a new RMB150 million 3-floor submarine museum, drone bases to conduct surveillance of coastal waters and the soon to be opened Dalian-Harbin ‘bullet-train’ which will cut travel time from nine to four hours on the 920 km route.

These infrastructural developments is largely seen in numbers, turnover, revenue, stimulus, exportability and grand political gesturing with little consultation or debate about resource depletion, urban planning, history, design flaws, poor maintenance, mismanagement and the everyday lives of individuals unfolding in space-time. Given this distorted view of view of development, there is little discussion on how infrastructural development of mobility systems facilitates economic and social inclusion while minimising environmental degradation and quality of life. The development of electronic car battery stations, innovative technology and communications systems feel decoupled from a rising sense of worry about safety, security, planning, governance, socio-spatial segregation, environmental sustainability and subjective wellbeing.

While there seems to be little research on daily mobility and attitudes and perceptions related to mobility and its systems, Dalian is overflowing with compelling mobility stories. Rush hour capacity, every morning has reached saturation for the city and for pedestrians, periods of each day that seems to shape and transform the urban fabric. In the morning, I watch Korean-pop induced dance moves and jogging by work staff, their controlled mobility inscribed within an external determination by their superiors as they seek to motivate and enthuse. The sidewalks in front of bus stops overflow with temporary barbeque stands, fast food vendors and vehicle owners seeking a parking space for the day. Taxi drivers refuse my inadequate fare but spend the rest of the day stalking me. I cross four lanes of traffic in the 10 seconds the pedestrian crossing gives me (such crossing’s mean large crowds of people cross streets during red lights) as people’s faces press against over-packed bus windows while hundreds of others queue at the bus stop. On my way home  I watch hundreds of elderly people in the twilight of the evening join organized dancing in any available space, while others use the university facilities and spaces to play with their grandchildren (given the lack of any play areas around most residential blocks in Dalian).

When I walk home in the dark, I keep watch for Dalian’s ‘silent killers,’ the ubiquitous electric bikes and their delivery men drivers who use the sidewalks and pedestrian pathways surrounding apartment blocks as roads. Supposed to be environmentally friendly, China is now home to as many as 120 million of them, causing thousands of deaths each year since they are capable of speeds up to 40 kilometres per hour and do not require a licence. Using lead-acid batteries that emit lead into the atmosphere, they are technically a bicycle since they have a pedal. Seen as an alternative to the germ-filled over-crowded buses, they have replaced the self-powered kind. I have yet to see one person ride a bicycle since my arrival in the city!

Dalian’s one million vehicles (growth rate of ownership is as high as 15%) remain a priority for planners (and young men who feel obliged to own one if they seek to marry) with the recent launch of five highways connecting Dalian along with an announcement that large-scale parking garages will be built in the city. While the lack of parking rather than the number of vehicles remaining the issue, the transport authority has reduced the tram network from eleven to three over the years. 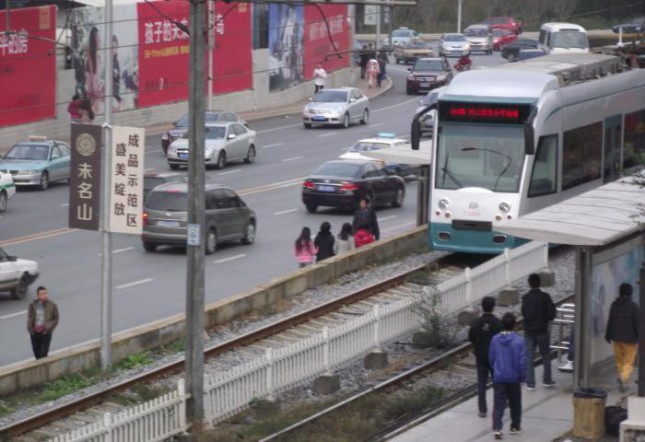 Dalian was one of the first cities in China to have a tram line back in 1909 when the city was under Japanese occupation, and along with Changchun and Hong Kong, represent the Chinese cities that have had a continuously running tram system. Since growing vehicle traffic mean these ‘lost’ tram lines will not be reinstated, Dalian’s work to construct nine metro lines with a total length of 262.9 kilometres have just restarted after subway construction site collapses caused a suspension. However, business owners, politicians and planners continue to imagine and design Dalian as a city where you can work, but seem less able to imagine a city or a community where people live and interact – a city for one million elderly, for children, for families, for leisure and a night-time economy.  As the city builds numerous high-tech and software parks, while facilitating a housing boom on the edges and gated communities, it is primed to repeat the effects of sprawling development seen is many western cities. 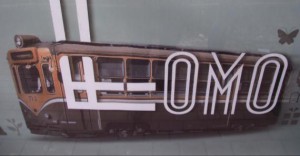 Photo 16: A picture of one of Dalian’s historic trams in a apartment development advert.