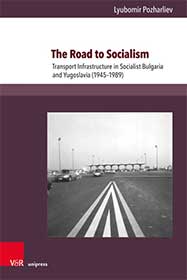 The book is the first comprehensive empirical study of transport infrastructure in two socialist countries in the years 1945–1989. In the case study of Yugoslavia, the construction of roads was interrelated with building of socialist and trans-ethnic identities, uniting all federal republics. In practice, the Brotherhood and Unity highway was an artery linking the capitals of the most industrialized republics, neglecting Kosovo, Bosnia and Herzegovina, Montenegro and parts of Macedonia. In Bulgaria, there existed a clear ideological link between transport and (United Socialist) nation building. Bulgarian roads’ disintegrative function was best seen in the example of the Highway ring which, constructed as an inner circle, isolated the border regions and areas inhabited by Bulgarian Muslims and Turks.