BACK TO ALL Events POSTS

The Global Middle East in the Age of Speed 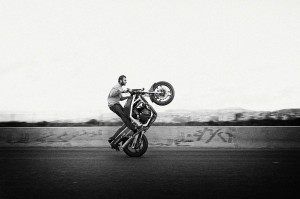 Over the past century, motorised vehicles and the new kinds of mobility they enabled gave birth to a radically new social, cultural and political experience. They worked to refashion built environments through urban planning and landscapes through infrastructure programmes, and they altered conceptions of time and the production and experience of space. Whether people took the wheel, loitered at the curb, hitched a lift or crossed the road, automobiles and other kinds of motorised vehicles worked to transform notions of class and gender, of identity and otherness, of inclusion and exclusion.

(Auto)mobility, as Nile Green and others have shown, also refigured domestic, regional and international travel in contexts such as pilgrimage or tourism. Meanwhile, national road networks functioned implicitly to produce ‘national’ spaces and explicitly to facilitate state control. Urban roads reshaped the texture of cities dividing inner cities (which often became symbolic ‘heritage’ sites and objects of neoliberal gentrification) from pericentral areas of varied vintage, (often seen as either exclusive gated communities or “problem” areas and laboratories of dissent).

The study of (auto)mobility in western countries and in selected non-western contexts has recently given rise to a flourishing field led by scholars including Mimi Sheller and Cotten Seiler, as influential master narratives – of the expansion of (auto)-mobility from Western genesis to global diffusion – yield to an emphasis on the interplay of empire, capitalism and expertise in an interconnected global carscape. But with a few notable exceptions this new field is less well developed in the context of the Middle East. This two-day conference at the University of Birmingham aims to redress the balance by bringing together both established and emerging scholars working on automobiles and other motorised vehicles, and the kind of mobilities and constructions of space they enable (or, conversely, preclude) in the Middle East. We hope to bring into conversation scholars from a variety of disciplines, notably historians, social scientists, and urban planners, working on local, regional or global issues, but to place the Middle East at its centre.

BACK TO ALL Events POSTS

T²M calls for papers to be presented at its 18th annual conference in Shanghai, People’s Republic of China, on 22 – 25 October 2020.
read more