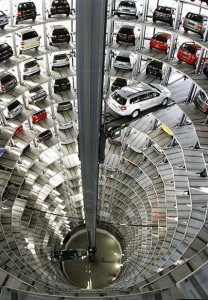 The Autostadt Wolfsburg of Volkswagen is the biggest theme park and exhibition on car mobility in the world. It is a museum of the history and future of car mobility and of all brands of Volkswagen. We go there by high-speed train (ICE).

Excursion 2 visits the Deutsches Technikmuseum (Railway Department) and then the Old Hamburg Railway Station, the oldest railway station in Berlin (now Museum of Contemporary Art), which was a transport museum up to 1984. 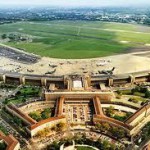 Excursion 4 visits the Deutsches Technikmuseum (Aviation Department) and then the Airport
Tempelhof, planned during Nazi times and once the biggest building in the world. The airport was closed for aviation in October 2008 and is a recreational space now.
20 €/Person (including guide and coffee break)
Meeting at Museum entrance 2.15 pm
Guide: Prof. Heiko Triesch, Dr. Gunter Heinickel

Excursion 5 visits the transport museum and then shows the history of the the Bahnhof Friedrichstraße as checkpoint between East- and West Berlin. More than 20 years after the wall came down, it is still possible to identify this former function of the station. 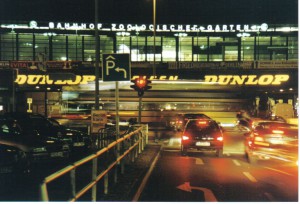 Then we visit an exhibition on the history of “Bahnhof Zoo”, the famous West-Berlin central railway station during the cold war. The exhibition focuses on the arrangements in place to organise rail transport in the divided city during the separation.