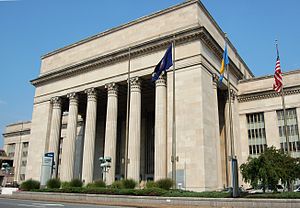 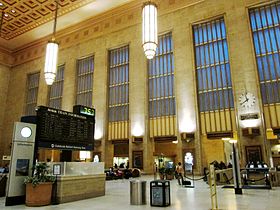 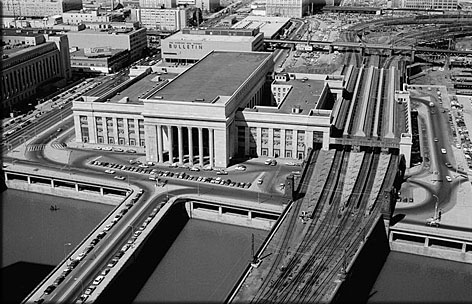 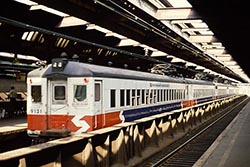 Preservation Alliance walking tour “Underground Philadelphia: Subways, Railways & Stations” takes you on a walking/trolley tour beginning from Philadelphia’s historic 30th Street Station (built 1927-1933), including a ride underground on the city’s original “Trolley” system. Hub for Amtrak’s Northeast Corridor and KeystoneCorridor, as well as regional SEPTA commuter trains, 30th Street Station is one of the busiest intercity passenger railroad facilities in the United States. It had a number of innovative features when built, including a pneumatic tube system, an electronic intercom, and a reinforced roof with space for small aircraft to land. The tour begins from the 1950 bronze statue of the archangel Michael, lifting the body of a dead soldier out of the flames of war, which is the Pennsylvania Railroad World War II Memorial to railroad employees killed in World War II. 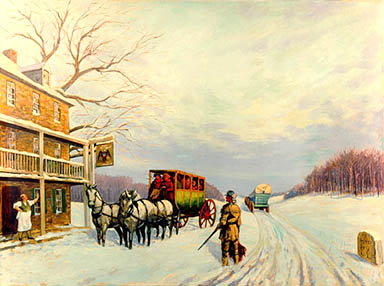 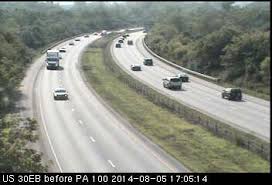 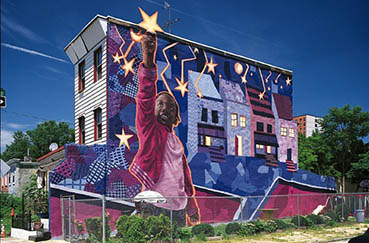 Mural Arts Tour via Open Bus/Trolley: America’s First Highway (AFH) focuses on both the history and the murals along Route 30, a.k.a. Lancaster Avenue. Opened in 1795, the “Philadelphia and Lancaster Turnpike” is the first long-distance paved road built in the United States, leading from the Quaker City of Philadelphia out to the Amish farmland of Central Pennsylvania; it became part of the first transcontinental highway in America. The tour guide discusses how and why Rte 30 was created and the rise and fall of the neighborhoods in West Philadelphia, while stopping at examples of the nationally reknowned Mural Arts Project along the way. These large painted murals depict the African-American history and culture of the area, including some that deal directly with transportation.